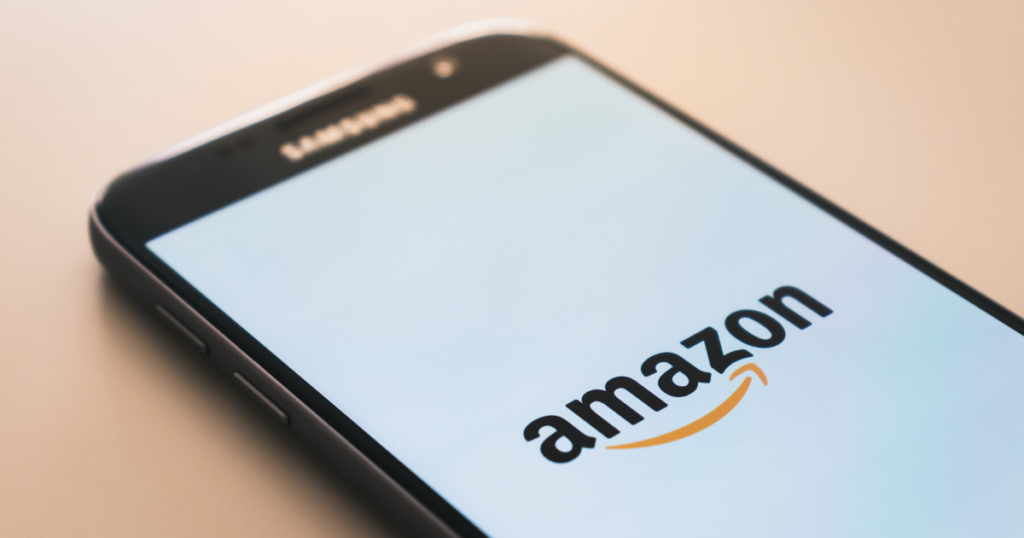 “There’s a powerful transformative effect when you surround yourself with like-minded people. Peer pressure is a great thing when it helps you accomplish your goals instead of distracting you from them.”
– Po Bronson

Those who begin selling on Amazon in the hopes of getting rich quick soon find out there’s a lot more to it than simply snapping a photo of a product and listing it online. Running a successful ecommerce business requires a multifaceted approach that includes inventory management, branding, design, advertising, and customer service. Multiple things can go wrong in the process, including bad reviews, account suspension, and defective products. But that doesn’t mean you should give up.

It’s times like these in which you’ll need a supportive community to keep you from getting discouraged. Fortunately, there is a vast network of Amazon sellers who are currently facing (or have previously faced) the same challenges as you. Scroll down to view our list of best Amazon seller forums. 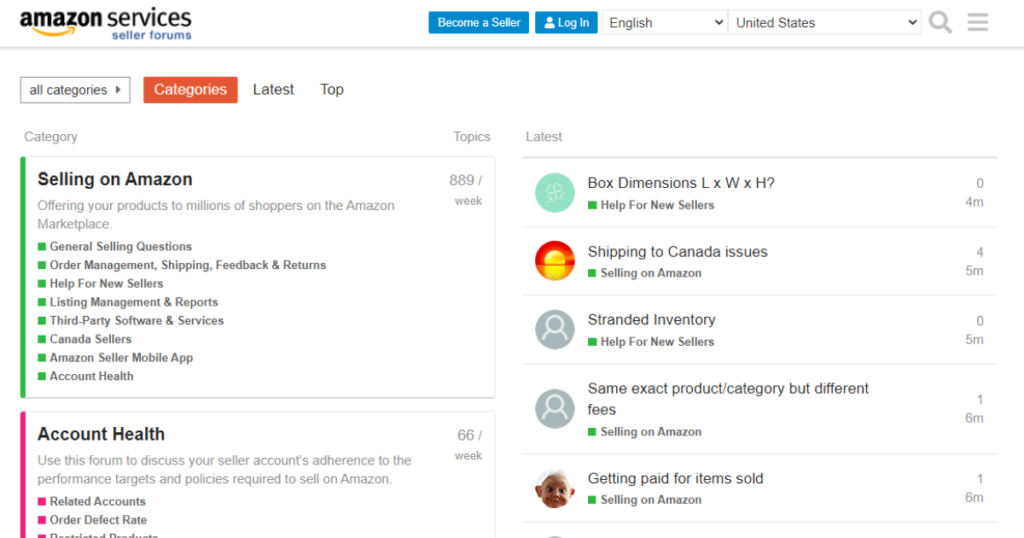 Number one on our list comes straight from the source: Amazon Seller Central. Here you’ll find official announcements from Amazon, along with numerous discussion topics organized by category.

It is by far one of the most active forums on the net, with new bulletins posted every couple of minutes. If you have a question, chances are it’s already been answered. But no worries, sticky threads will guide you to frequently asked questions. 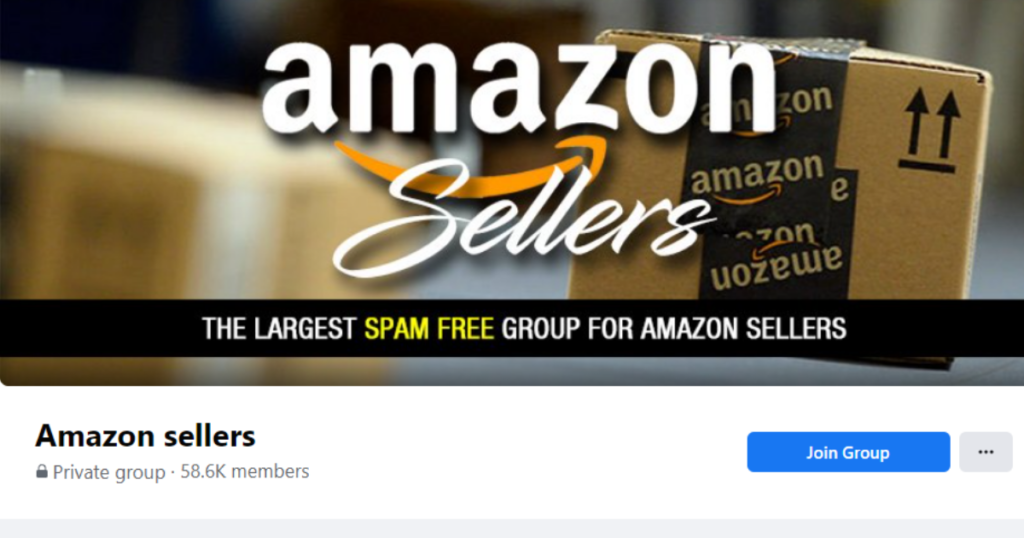 Established in 2007, Amazon Sellers is one of the first Facebook groups specifically created for Amazon sellers. With 58.6k members, it is also one of the largest.

The forum provides a supportive environment where members can share tips, advice, and best practices with one another. Its strict anti-spam policy makes it a popular choice among sellers who seek genuine connections without the sales pitch.

The group is private, meaning you must join before you can view, post, or respond to content. Both businesses and individuals are welcome to join, including those based outside of the U.S. 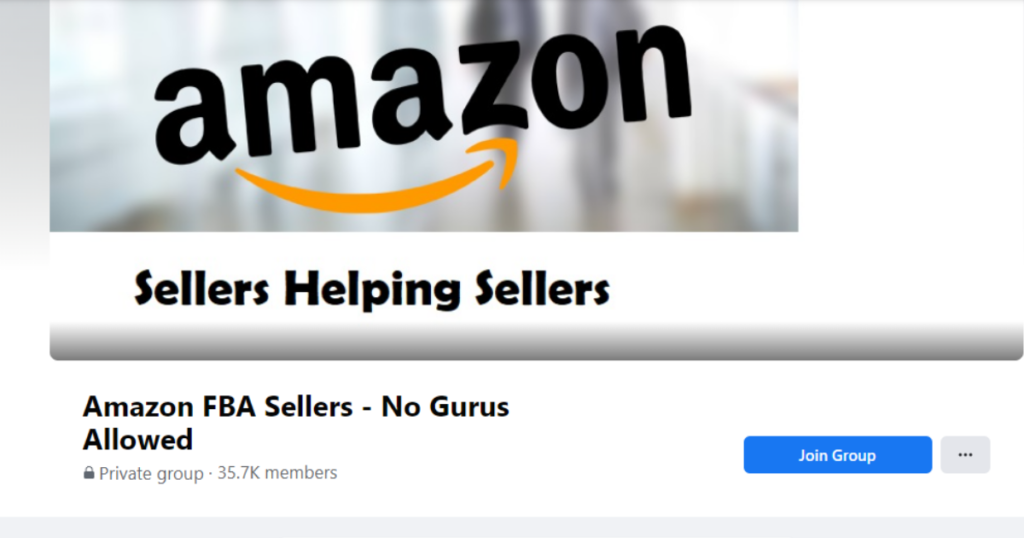 Another popular Facebook group is Amazon FBA Sellers – No Gurus Allowed. Founded in 2017, the group has already amassed 35.8k members. Although significantly smaller than Amazon Sellers, it still averages over 1k posts per month, making it just as valuable a resource. 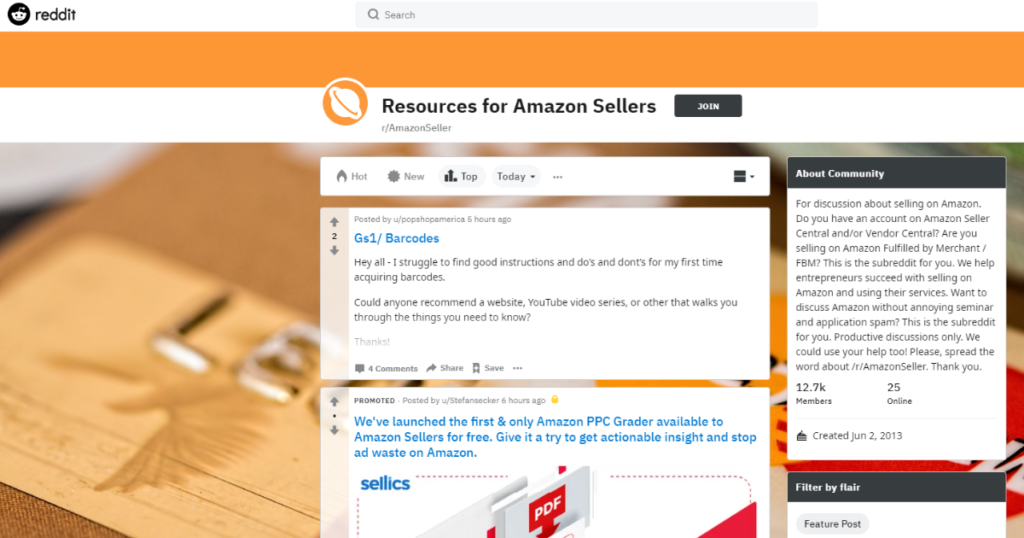 As far as online forums go, Reddit is about as open and casual as it gets. Anyone can view public discussion topics; logging in or signing up is only required if you wish to post a comment or thread of your own. Another reason Reddit is so popular is because users aren’t bound by strict posting guidelines like they are in Facebook groups. 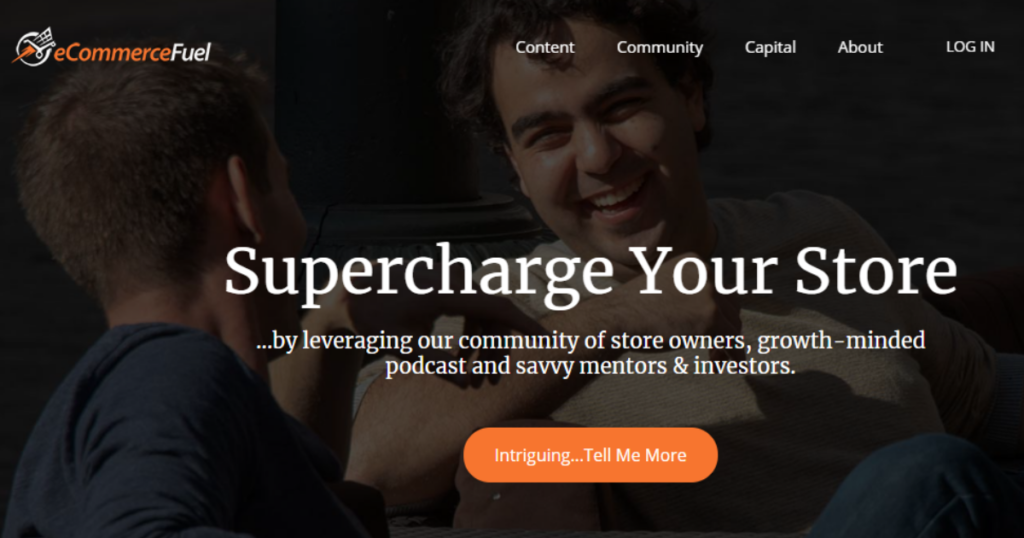 eCommerce Fuel is an online global network of independent online merchants Even though it’s a broad community that encompasses ecommerce store owners in general (not just Amazon) we decided to include it because it has a killer podcast that covers relevant topics. The website also has a blog and trends report where you can study the latest industry news. 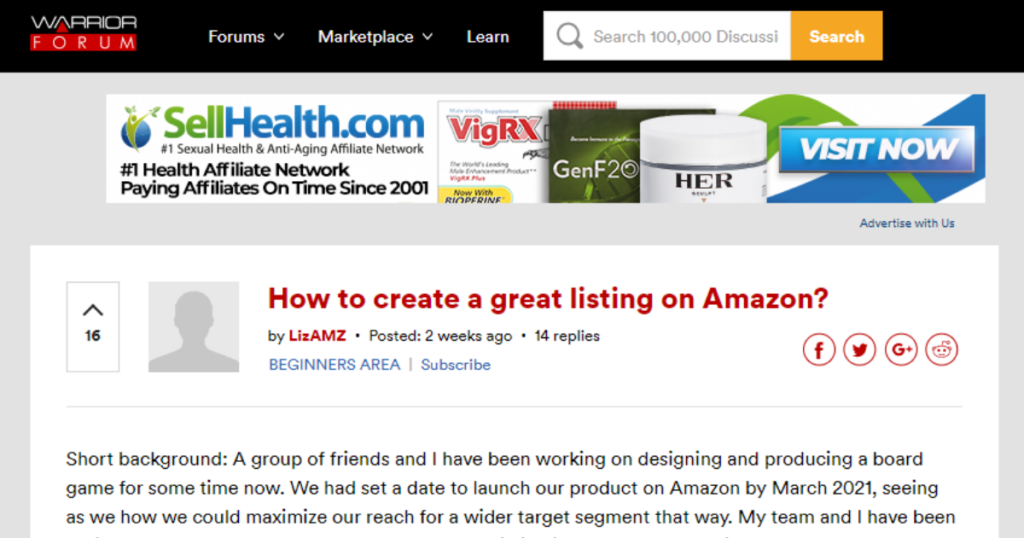 Warrior Forum is kind of like Reddit, except it’s specifically catered to digital marketing. It’s worthy of including as a resource if not for the sole fact that it boasts a community of over one million marketers. However, the downside is that it’s not the greatest forum to use if you’re seeking information outside of marketing. 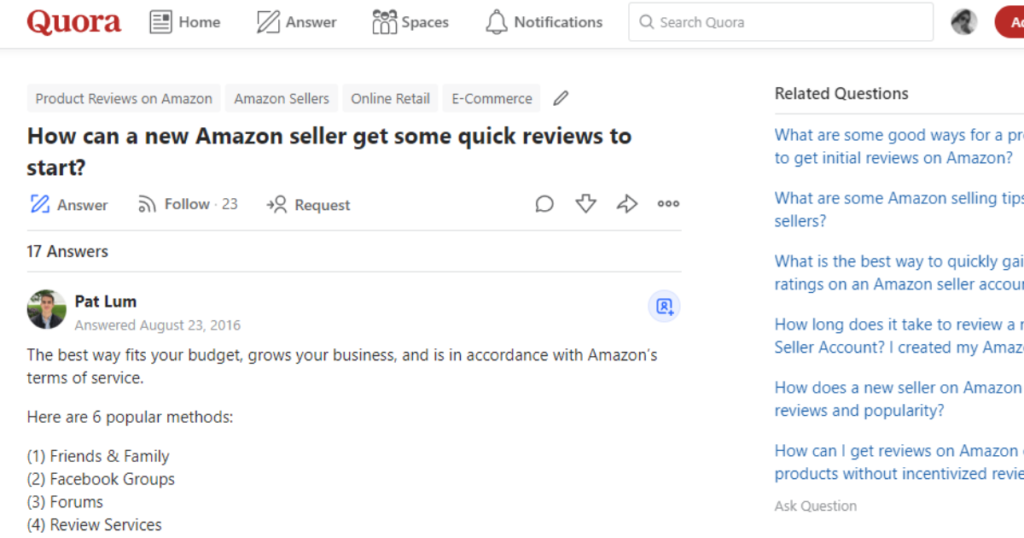 Remember Yahoo Answers? It used to be the go-to Q&A platform—but then Quora came along.

Founded in 2009,  Quora is now the #1 website where users go to ask and answer questions. In 2018, the company reported 300 million monthly users.

Not surprisingly, it’s also the platform Amazon sellers often turn to for information and advice. The one downside is that marketers often use it to promote their products or services, so be wary of answers that seem to push an agenda. 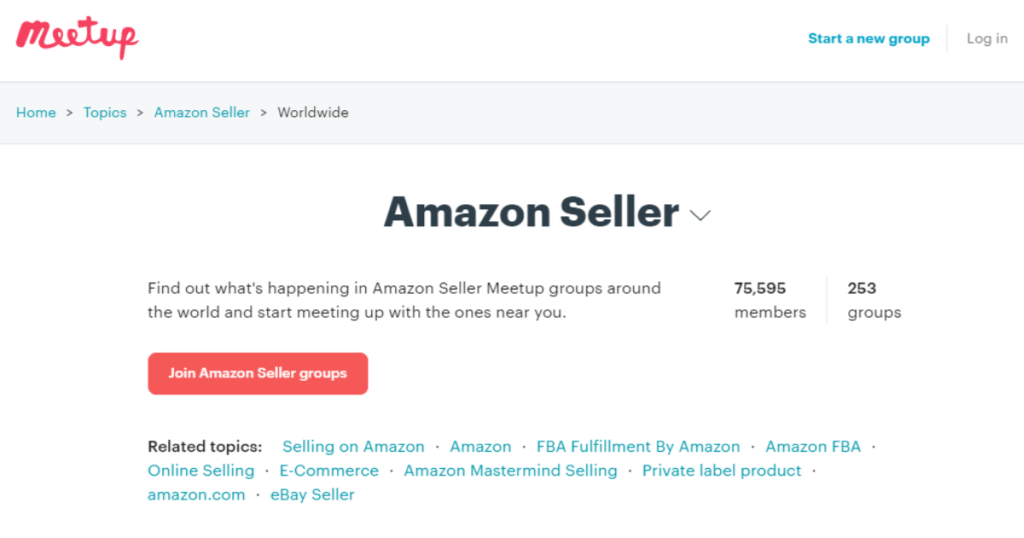 The majority of the forums we’ve mentioned so far are strictly online. However, there are forums where you can connect with others IRL.

Meetup is a website that allows people with similar interests to organize and attend in-person social events. As of the time of this writing, there are currently 253 Amazon seller Meetup groups around the world.

Some groups are free to join while others charge a small fee. Click here to find a group near you.

Most Amazon sellers work alone and from home, which can quickly lead to feelings of isolation. That’s why it’s important to reach out to others, whether online or in-person. When you’re going through a tough time as a seller⁠—which you will⁠—you’ll need someone to lean on. Just make sure that person is someone who understands and can relate to what you’re going through.

And one other thing: forums are a two-way street! So don’t forget to pay it forward by offering support to someone else when they need it.