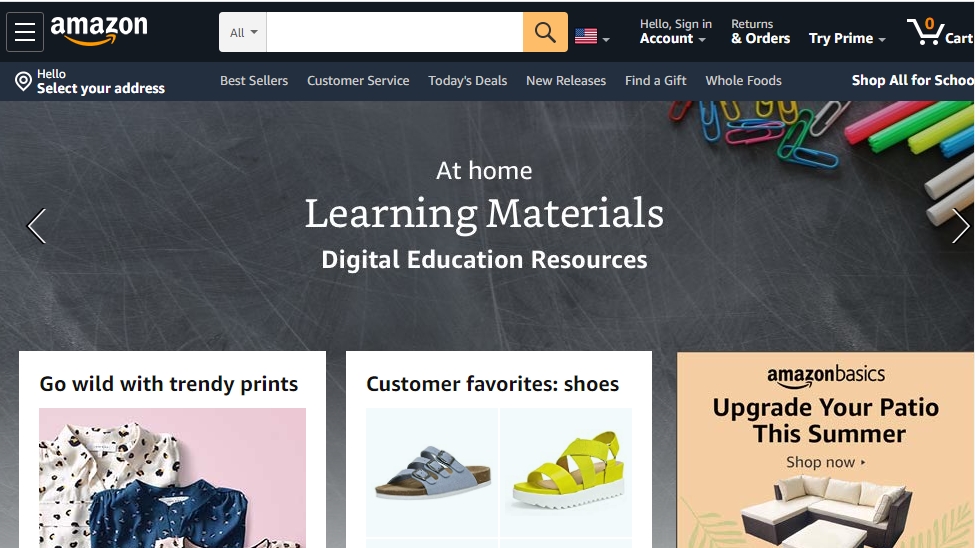 While finishing my morning cup of coffee today I came across this article trying to make the case that Amazon is now facing serious competition and is in trouble in the ecommerce world.

Since we are pretty heavily involved with Amazon seller bookkeeping and the ecommerce world in general, obviously this got my attention.

But after I read the article, I’m not too worried about Amazon’s future!

The author pointed to three companies that are going to eat Amazon’s lunch:

He says in the piece:

And its new “secret weapon” Walmart+ could dethrone Amazon’s online dominance. Amazon launched its wildly popular Prime delivery service 15 years ago. Today there are more Prime subscribers than there are full-time workers in America!

I’m sure this will attract some users. But dethrone Amazon? Doubtful. I think people still go to Wal-Mart for all the stuff you don’t want to wait to get shipped or else want to check out in person or browse for before buying. But Amazon owns the mental space for “shop for stuff online” and I don’t see a wholesale shift away from there to go to Wal-Mart. Their mental space is “a lot of cheap stuff” and those two just don’t overlap enough for one to suck away a lot of business from the other.

Time will tell but if I was Amazon I wouldn’t be that worried.

The author here is getting his stats confused I think but this is the claim:

There are 30 million small businesses in the US. These small businesses make up 99.9% of all companies in America. They are the beating heart of communities across the country. And according to IRS data, firms with less than $100,000 in annual sales raked in a combined $2.2 trillion last year.

In short, mom-and-pop shops moving online for the first time ever is the next great internet boom. And they’re choosing to sell through Shopify over Amazon. In 2012, it had just 42,000 merchants. Today, more than 1,000,000 businesses around the globe have set up an online store with Shopify.

First off, yes, there are 30 million small businesses, but the majority of them are not product retailers; they are service businesses that aren’t going to compete online.

Of the ones that are retailers (think main street boutiques, pet shops, hardware stores) they are not going to go online because they will get killed online. They aren’t set up for this and can’t support the much more competitive prices and slim profit margins. Their only advantage is personal service and location.

I also don’t think this author understands that the majority of Amazon sellers also maintain a Shopify store but that those stores frequently bring in less than 5% of their total revenue. And the downside of driving traffic to a Shopify store is that so many buyers turn around and check for the product they just found on a Shopify store at Amazon!

I don’t see a big migration of business to independent stores away from Amazon by the small shop owners of the world. Shopify as a company may be signing up a ton of merchants, but they are not collectively putting Amazon out of business.

This one makes the least sense to me but the author brings this one up as well:

For example, my colleague just bought a $400 laundry rack on Etsy. He could have picked one up on Amazon for 50 bucks. When I asked why he bought one on Etsy he replied, “A woman in rural Maine handmade the rack. It feels good having it in my home.”

The Amazon machine simply can’t compete with this. In fact, becoming the “Amazon for artisans” is Etsy’s big opportunity. Roughly $5 billion worth of craft goods were sold through its marketplace last year. Yet the Association for Creative Industries shows folks in these markets spent $100 billion on handcrafted and unique products last year.

Yes, Etsy has cool one-of-a-kind stuff. But for this very reason, it will never topple Amazon. Most of what most people buy is general stuff in quantity. If Etsy ever got too big or too attractive, I imagine Amazon would simply buy it! But there is no way the world will shift its buying habits over to a handmade one-of-a-kind marketplace for anything more than the occasional purchase.

In fairness, the author was more looking at stocks that would handily beat Amazon based on their performance, but his premise is that the businesses themselves are a better bet than Amazon because they have more potential and will do better over time.

I will agree the stocks might do better than Amazon in some certain periods, but if I could only buy one stock and hold it for the long term, I’d be buying Amazon. Some day, Amazon may go the way of Sears when some new disruptor comes along, but I don’t think any of these three are it and I don’t think that day is on the near horizon.