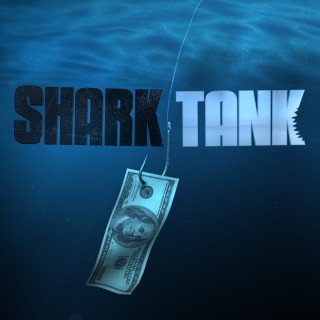 se on I want to see. You can only watch so many Modern Family reruns…

Things a lot of business owners would be wise to consider!

For example, how would you do on Shark Tank if for some reason you were invited to go on there?

The Outsider’s Take on the Value of Your Business

So if you as a business owner had to come up with a value for your business, what would it be- and would you be able to justify it to impartial investors who aren’t in love with your baby but are only interested in the reality of its potential?

Higher values are given for businesses showing good growth, large markets, attractive margins and a plan for achieving significant success. Points are deducted for lacking any of those areas and too many holes means no investment.

If you have a hard time identifying your appeal to investors, you might take that as a sign you’ve got some work to do. If you can’t get someone else to see the value in what you are investing your time and money into, maybe there is a reason there you should be looking at a little harder.

Now some business owners might object that the investors are looking for “sexy” businesses and they aren’t interested in boring, run of the mill types. But the reality is, a business can be in a boring industry and still have sexy financials and vice versa.

And on the show they’ve invested in some pretty boring businesses in my mind (cupcakes, beard oils, jewelry) that are either not uncommon or at least nothing I would get excited about. But if the money is there, it’s OK.

On the flip side, if you are in a hot industry (mobile apps, for example) but the numbers don’t work, you aren’t going to get the cash.

Where Are You Going From Here?

The other key part where a lot of business owners fall down on Shark Tank is also a place where regular business owners would do well to ask themselves the same question. What’s the plan?

Many business owners I meet who aren’t going to be on a reality show also seem to have this problem. They don’t have a plan for the future. They have vague ideas about growth, more customers, maybe a second location, or whatever, but no real plan they are actively following to grow the business.

Why not? Usually it’s because they are too busy doing the day to day stuff they need to do just to keep the wheels from flying off.

Without  a plan for growth though, you aren’t going to grow- at least not well and on purpose. And without growth, you won’t get to the point where you can afford to hire enough people to delegate the day to day stuff that allows you to go on vacation once in awhile, put away some savings and actually grow things to the point where you can sell your business for an amount that makes sense.

When you can do that, it means you’ve got a business investors would be interested in.

So maybe even though you aren’t going to be on shark tank any time soon, you should act like you are going to be called to the mat (really, it’s a nice Persian rug) and have to explain your business, justify its value and outline your plans for the future.

If you can do that with no preparation and you have all the answers, good for you!

If you are part of the other 99% of small business owners who can’t do that, then now is the time to give it some thought. Then take action. Then enjoy the results.